Thanks to @liamalexander for posting a link to Froont.com. You might remember that last month I was experimenting with Adobe Reflow. Froont looks like a good alternative, and their aim is to make it easy for designers to create responsive websites right in the browser without coding.

Froont is meant to simplify responsive website design. Design fluid layouts, then test on devices and browsers right away. Froont runs in the browser and that means everything is rendered the way users will experience it.
Sign up for beta at froont.com!

According to Core77, Adobe’s new drawing hardware prototypes Project Mighty and Project Napolean look pretty good, while Digital Arts Online get a hands-on look at prototypes of the new devices.

I have had varying success with different kinds of drawing apps on the iPhone, and suspect that to get the best value out of painting and drawing apps it would be better to use them on a device with a larger screen like a tablet. However I still like experimenting with any new drawing and painting apps that I can find.

The Moleskine app for iPhone and iPad gives you a virtual set of four of their popular notebooks: plain, ruled, squared, and storyboard. It is the last of these notebook formats that interest me the most as it would allow me to jot down storyboard ideas on the go.

I liked the cream background colour of the virtual notebook pages, which seems a little easier on the eyes than the usual plain white background of similar drawing and notepad apps. The digital Moleskine notebooks also feature a virtual inner pocket just like their real-life counterparts. You can store images and snippets from the digital notebooks in this pocket. You can use your iPhone’s camera to take photos and store them in the pocket section of the notebook. Drag any pictures you have saved in the pocket right into your notebook!

Digital drawing tools included: rollerball pen, paintbrush, graphite, coloured pencils, and highlighter. Also included: an eraser tool, and scissors which allow you to select and copy/cut out parts of your notebook pages. I also like the colour picker which allows you to set the opacity and weight of your stroke.

While you can produce reasonable scribbles with just your finger, I would definitely recommend using a stylus for more precision. If you are intending to use the blank notebooks in the Moleskine digital app for sketching, I would recommend the Bamboo Solo Stylus. You can see in my example video below that drawing with just your fingers doesn’t produce very good results: 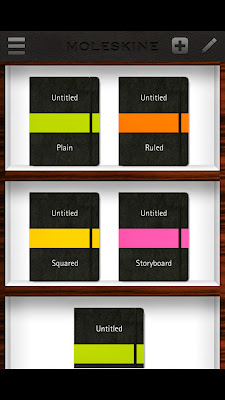 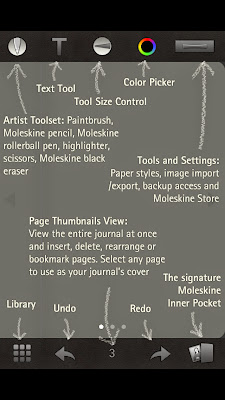 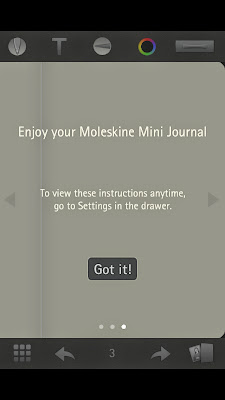 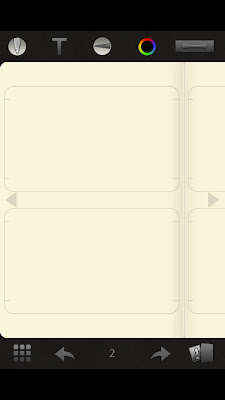